I printed out 43 pages of posts from my old blog: Jacobrussellsbarkingdog.blogspot.com. And that only from July to Sep, 2007, and a few older journal entries. On art, poetry, book reviews, politics. They’ve held up well, and the writing is strong. I have another 200 pages, maybe more.

What does one do with this kind of thing? No one would be interested in publishing them–unless you’re an academic of note, or have a name from some other field. In 2007, the blogosphere was still alive. I corresponded with some interesting people. That was about the time when newspapers ditched their book reviews. For a while, the blogs made up for it. We exchanged recommendations for new books, wrote reviews. Across disciplines. Levi Paul Bryant, of Larval Subjects, is the only one I’m still in touch with. There were some great science blogs, too–like Cosmic Variance, until they got bought out and they magazined the life out of it.

People leave 3 word comments here now.. every once in awhile. But there’s no exchange of ideas. An intellectual wasteland.

Now we’ve got Facebook. Thankful for Neil Patrick Doherty’s Poetry Hedge School. Closest thing to what we had with blogs, but about all that’s left.

I’m going to keep up with this project… wherever it takes me. 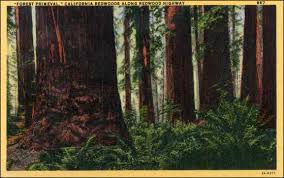 A novel, where a character dies and revives — listening to voices no one else can hear. Where another is a parpalegic who spends his life coding and living in a cyber dream world, and yet another is married to silence at the death of his family. There is one on the autistic spectrum, who spends his life studying why people do what they do, and a scientist who is almost deaf, who goes years before anyone hears what she has learned. Yet another, felled by a stroke, who can manage only a slngle word at a time–and those, mostly unintelligible.

Whether fiction, or philosophy–or work of art–the one question that links auther, thinker, artist– to their work, the question that hovers over the work, informs everything else one might ask about it:

why did they do this?

What was the unspeakable, imageless, aporia of thought that formed the need and provocation to make this thing?

On p. 383, Ray–the character who has been stroked speechless–is thinking –while his wife reads to him from Anna Karenina:

<To be human is to confiuse a satifying story with a meaningful one, and to mistake life for something huge with two legs. No: life is mobilized on a vastly larger scale,  and the world is failing precisely because no novel can make the contest for the world seem as compleeing as the struggles between a few lost people. >

Massey beautifully erases the distinction between nature, and the random clutter of parking lots… fragments of human artifice. One is never left with the false tranquility of contemplation of the “natural world:” The observing eye in these poems is not passive, or restorative of some lost numinosity of childhood, as in a Wordsworthian sense. Sex shop signs, bricks, asphalt parking lots, broken glass… and the windows themselves, through which the world is perceived, sharpen senses to a cutting point, prick one’s body into a wakeful anxious dream. They pry open the mind to an awareness of things–things… pregnant with ideas that exist beyond words.

View all my reviews

I have great respect for Josipoici. I thought Whatever Happened to Modernism was brilliant… how commercial demand for retro-realist fiction derailed the unfinished Modernist experiment. His treatment by establishment critics in the British press tells you much of what you need to know about what’s wrong with so-called, literary fiction and it’s gatekeepers.

Thanks to Victoria Best (Litlove, of the venerable blog, Tales from the Reading Room), for this long interview–which serves as wonderful introduction to Josipovici’s writing.

This is from a post I left on my old blog in 2009–a review of Alice Monro’s Some Women. Reposting for the introduction.

When I first read this, I noticed an ambiguity in the English translation which I assumed would not exist in the French. As the likely pronominal antecedents (une exigence, and le monde) are of different genders, it would be clear in French that the first refers to ‘artistic creation,’ or rather, its ‘demand,’ and the next two, to ‘the world.’ But {this demand) rejects the world in the name of what ( the world) lacks and in the name of what (the world) sometimes is. However, I find that there is something to be said for the ambiguity and for the creative misreading it allows. If we understand ‘world’ and ‘reality’ as synonymous (as Camus apparently does here), make ‘artistic creation’ the subject and turn ‘demand’ into a verb with ‘writer’ as its object, we will have pregnant formulation of the problematic of realism and representation. .

Artistic creation demands of the writer
that he/she reject reality
for what it lacks
and for what it sometimes is.

To this I would add, that artistic mimesis, what we think of as ‘representation,’ the very possibility of artistic realism, arises out of an encounter with what reality ‘lacks.’ What constitutes realism–what any work of art represents ( pictorial, dramatic, literary, musical) is not ‘reality,” but its ‘lack,’ the artist’s endeavor to complete reality, to make real what was not…to give to Airy Nothing a Local Habitation and a Name. Which means the distinction between ‘realism’ and whatever name you would give to its antithesis, is false. There can be no distinction, and any criticism over-determined by the assumption that there is, will fail in its encounter with the work. With this in mind, let me turn–or return to, the story I’ve set out to review.
In an EARLIER POST, I wrote that writing:
is a process of negotiation with the material at hand and every act, each engagement with that material translates both material and intention. … because the author’s intentions have been in a continuous process of translation along with the writing as it evolves, what existed in the beginning, and at every point to the completion of the work, is a continuum of difference that moves both forward and back.
We can’t recover the process or recreate the stages as they evolved in the continuing encounter, but I believe we can identify imprints of that encounter, evidence of the reality which shaped the elements of the writing as it emerges in its final form.
————

“Seeking the lost object of our desire we wander in labyrinths of unreasoning chaos like clowns in a fun house where the only release is to break through the clown not the mirror.”

This is something I’ve been trying to get my head around for a long time—what it means for an artist or poet to live in a  time without ‘posterity’. Hazlitt’s essay on Fame is the clearest statement I can think of for what we have lost. For Hazlitt, ‘fame’ was nothing like what that word has come to signify in popular usage, which is nothing more than contemporary notoriety; it was rather the consolation and hope for poets and artists unrecognized in their own time, who lived in obscurity, whose only reward was their investment in a belief that future generations will surely bestow on them the recognition they deserve, a belief that found support in the company of all the great artists and poets of the past. A kind of immortality akin to that of the Greek heroes of the Iliad. Even when this wasn’t as plainly articulated as it was with Hazlitt’s romantics, it has been present in one form or another, always—for as long as there been such a thing as Art. Walk through a museum. Thumb through the pages of a book on the history of art. Read Homer, or Shakespeare, or Cervantes. There would be your confirmation.

This is an idea that has a history older than history itself—drawing, before the written word, from oral traditions, stories and legends of the ancestors. But who can believe in such a thing now? –hiding in its pockets, as it does—its untenable teleological assumptions—some dreamt up culmination of the human story… or a future that has no end.

This is what the Death of God means to art, to the making of art. I feel this as something so immense, so important—that I’m a loss for how to think about it, how to express it. I suppose, for those who count success as material reward and notoriety, the very noise generated by of their misplaced desire is enough to mask the loss—but it doesn’t erase its effects. The noise of a Contemporary without a Present, exposes the truth… or the lie, as does the frantic, almost hysterical obsession with defending (even while erasing) ‘creativity’ –by demonstrating its usefulness, showing how it’s but another part of our blind collective frenzy to own control and commodify every last living cell and atomic particle in the accessible universe… what are these, but replacements for the old, dead transcendence with which we wrapped– and called upon to justify the erotic jouissance of our childish play–all that we have left now, of what we used to call “Art”? Because Art doesn’t exist without that false transcendence, without what was purchased with that belief in posterity and all that it assumed.

Art is as Dead as God.

And after the fear, the feeling of something precious lost—comes a sense of tremendous relief… terrifying in its own way… but relief! There is no one watching from above… no unborn critics holding our future hostage, waiting in eternally suspended judgment the works of our imagination… where we once had ART… what we have now – is but play, a joyful play that preserves us—for however long or short our stay on this transient planet, in a childhood we need never grow up or out of.

In 2011, I wrote a chapbook, self-published (if you can call Kinkos generated pages, “published”); I called it, Overriding Genesis– from the Hebrew text of the 1st creation story in the book of Genesis.

In transcribing pages from the journal, I found a reference to this interview–which I’d totally forgotten, from Damask Press, on the occasion of their publishing pages from a longer poem, Chronos Chronic Kairos, as a chapbook. Damask Interviews: Jacob Russell. This was published on September 16, 2011… the day before the first day of Occupy Wall Street.

The text of the interview following the break END_OF_DOCUMENT_TOKEN_TO_BE_REPLACED

I read this, at first, racing through out of excietment for what I was finding… but had to stop. To begin again, more slowly. Some–much of this was painful, in a multiplicity of ways–where do I come from, afterall, if not from the colonizers? It took me almost two hours. I need to read this again.

All About Implied Spaces.