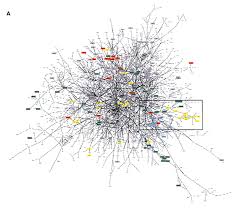 It’s difficult, when those in power, those with power over the lives of others, expose themselves as hateful assholes–difficult to not slip into the belief that it’s the fault of these assholes that we are, collectively, in such terrible trouble. If we could only be rid of the assholes–give power to ‘good’ people, everything would begin to improve!
But when I can manage to set aside my anger, my entirely justified anger, at these figures, I see that they do what they do, not because of character flaws, but because they follow the rules of the system, of the roles they have been assigned. Whether they have taken on those roles for selfish, or class serving motives, or because they sincerely believe that this is what works, that this is ‘reality,’ and if you are a ‘realist,’ you act accordingly. If Dick Cheney exemplifies the former, Obama might exemplify the latter–but what they do, the killing, the destruction of our supportive environment, the endless war, their support of the vindictive surveillance state, where whistle blowers are punished–when you measure them by what they do, there is little to tell them apart.

The machines of consumer capitalism, the war machine, are in a real sense, not metaphorical–self generative, independent actants. It’s those complex social/political/economic machines that determine the actions and ideas; it’s those machines that manufacture the assholes they need to keep them running.

Those of us of more progressive or radical views, have no problem recognizing how, in poor and marginalized classes, material and social conditions make criminals, create anti-social behavior, and yet we too easily fail to see how the capitalist myth of the individual, and personal responsibility, shape how we react to the assholes of the oligarchy–even when we understand ‘class,’ even when in our mouths and heads, we know it’s “The System,” and that it’s the system we have to change–that we waste our energy and thinking when we rail against individuals in power, instead of demonstrating how the system works to create the assholes, and dictates to them what they can and cannot do within it.

In my art, I think of this in terms of representing, not objects or ideas, but connections. Even when objects are represented–I am drawn to emphasizing the connections, and leaving the objects partially erased, covered over, and secondary to what is more real than the “thing” … the connections between that create, destroy, and create them again as something new. 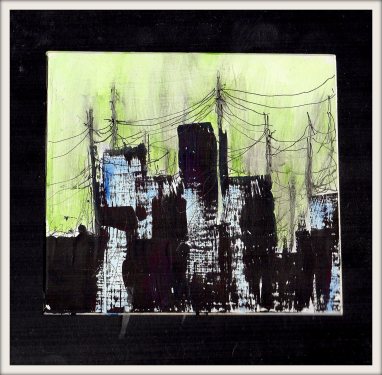 Color is beginning seep back into the world.  5″x 5″ Black gesso, ink, Metalpoint (Silver, gold and aluminum) on prepared matting board. Cityscape series 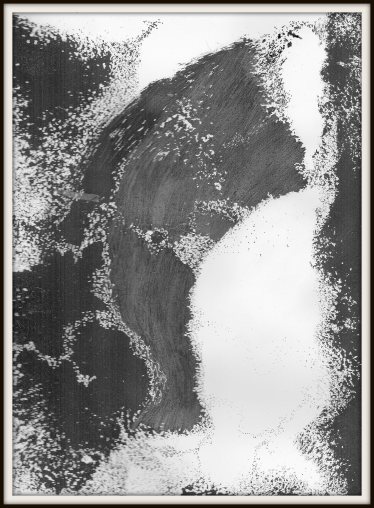